Lanot Elementary School was one of the schools that were left severely damaged by the Yolanda Typhoon, one of the strongest tropical cyclones ever recorded. Typhoon Haiyan, widely known as Typhoon Yolanda hit the Philippines in early November of 2013, killing thousands, devastating many parts of the country, and leaving a large number of the population homeless.

Epsilon, as part of its focused Corporate Social Responsibility scheme, decided early on to contribute substantial financial support to schools affected by the typhoon. It was then that Capt. Angelo Lopez, born and raised in Iloilo, suggested the provision of aforementioned items to this particular school. With Epsilon’s contribution, the Lanot Elementary School building was repaired and one room for the kindergarten pupils was rebuilt. Since 2014 Epsilon continues to offer support to the school with yearly gifts of school supplies to children.

“We choose to give school supplies” reports Capt. Lopez, “because as per information we received from the school principal, it was the most important thing that the children need”. The smiling faces proved him right. 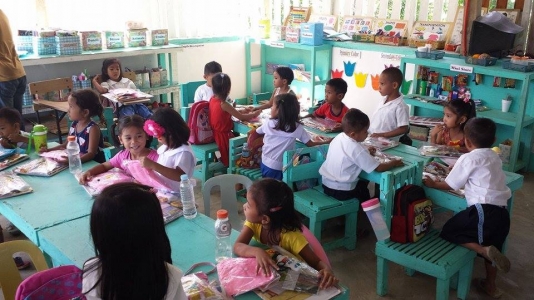 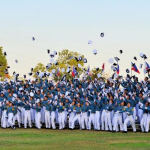 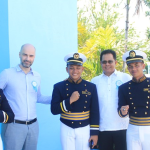