It is a great pleasure to announce that our General Manager, Dr Konstantinos Poulis has been nominated by the Board of IMEC as the next Chairman of the Recruitment & Training Committee and will also sit on the Executive Board of the organization. He will shadow the current Chair for the next 6 months when during the proceedings of IMEC’s next General Assembly in April 2019 in Southampton, the official commencement of his Chairmanship will be made.

IMEC is the only international organisation dedicated to industrial relations in Shipping and represents some of the largest owners and managers in the world (approximately 230 companies). Epsilon remains a key member of IMEC since almost the founding date of the organization in 2001. Greg Triantafillou is the immediate past Chairman and he has a permanent seat in IMEC’s advisory & guidance body, the Steering Committee of IMEC. Therefore, Dr Poulis’ nomination further bolsters and consolidates our leading position in the organization.

Among other things, as Chairman, Dr Poulis will oversee activities (e.g. the ‘Ratings to Officer’ Scheme), will audit core operations spearheaded by the Committee (e.g. ‘Cadet Development’ programs and IMEC’s Manila Operations) as well as manage relationships and lead projects and events with Maritime Universities, Business Schools and Naval Academies. 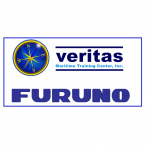 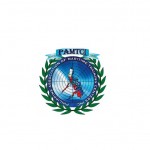